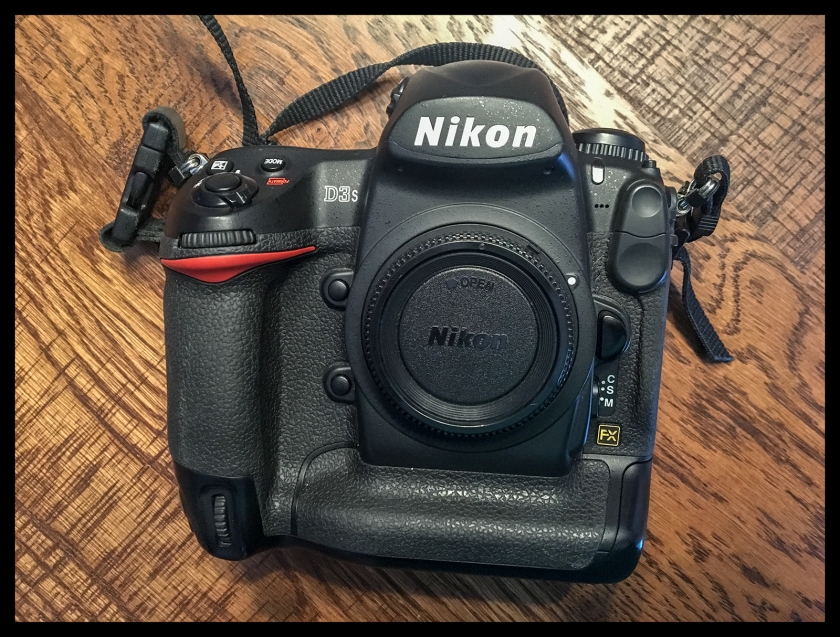 Over the years I have accumulated a lot of photography equipment and for a period of time while I was trying to put together my perfect “sets” for the type of photography I was doing, for example in 2000-2010 I was photographing weddings, and from 2008-current I was moving into outdoor/landscape photography. So the equipment I needed for weddings was much different than what I needed to go out in the back country hiking with a backpack of photography gear.It was during this time that I had bought a Nikon D3S which came out in 2009, and let me tell you here and now that I absolutely loved that camera! The only problem with this camera was it wasn’t a “landscape” camera as it is only a 12mp camera with a dynamic range of 12 Evs, this camera was built for speed and built like a tank! Until the Nikon Df came out the D3S was known as the “Lord of Darkness” due to its (at the time) insane ISO of upwards of 100,000. The D3S was more of an event and sports camera than a landscape camera and I was using it for weddings and events that I was hired to photograph.

Because I loved this camera so much I never parted with it when I decided to stop photographing weddings and events. I admit that I had thought about selling it quite a few times after that when I went all in on outdoor photography and wasn’t using it at all since buying a Nikon D800 because I totally bought into the thought process that having a camera with more megapixels and a greater dynamic range would be better to print my landscape shots rich and large, and because I waited the value of the D3S dropped well below what I valued the camera at to me. Now the Nikon D800 is a 36mp camera with 14.4 Evs (dynamic range), so this became my workhorse for the last 3 or 4 years as my D3S sat in one of my bags hardly ever seeing the light of day.

Fast forward to today, I am fighting a pretty severe bug (called NAS; Nikon Acquisition Syndrome *LOL*) wishing I could pull the trigger on buying the new D850, then I thought about my D3S again sitting in a bag collecting dust. How could I even think about another camera when I had one just sitting in my bag not getting used. There is a very practical side to me *smile*. That’s when my mind began to wonder if there was a way to turn that 12mp camera into a 36mp camera, or maybe even higher resolution? I remembered that back in the day with Adobe Photoshop you could UPSAMLE an image to enlarge it so you could get a larger print, because the best print you could make from a 12mp camera is 11×14 and I liked being able to print my images to 30×40 or larger if the mood hit (go big or go home), but I also remembered that it was somewhat of a complicated process and one that wouldn’t offer the best results. So I did a web search to see if the process had gotten any easier or offered better results, and guess what…IT HAD!! Adobe had rocked this process which you can read about HERE.

I got totally excited that I may be able to use my old friend the D3S again with the passion I once had, and the best part..I wouldn’t have to spend a penny on a new camera to achieve the results that I am looking for. I charged up the batteries of the D3S and gave it a go and the results are amazing! I cannot wait to get over this illness so I can go out in the field and test the process out with some nature shots and compare the results against my D800.

So what am I losing or gaining by going backwards with technology? Remember the D3S is 9 years old, but for my shooting style today it is more than a capable camera. I understand that I am losing 2.4 stops of dynamic range with the camera sensor, but that can be easily overcome with a few bracketed shots and some layering in Photoshop which I am still doing now even with the D800. I am going back to smaller files which means less room on my hard drives, faster processing of images, and when I do have an image that I want to print large I can easily upscale it. I will be using a camera with the responsiveness that will allow me to photograph landscapes then with only a switch of a lens shoot moving wildlife and not miss a shot. I won’t be worried about the weather as the D3S is completely weather resistant. I will fall in love with Astro-photography again as I can easily shoot 10,000 ISO to bring out the Milky Way and all the stars in the night. I will have a bit more weight to carry, but that is ok because this is a camera I won’t be taking on any mountain hikes. I believe having the larger pixels will give my shots richer color and better blacks. I won’t have a tilt screen, so what. It doesn’t have 4K video, sh what again since I don’t shoot video. The real sad part for me is knowing that this camera literally does have a shelf life once the shutter or something else decides to go because Nikon does not offer repairs on this camera anymore. Maybe if that happens I can find a decent repair shop that can help, or maybe then it will be time to upgrade.

I post this hoping to inspire you and save you some money to make you think outside the box and not give up on your older equipment and sell a camera body that you love just because something new is out on the market. We live in such a recycle world of electronics, we want the newest phone, computer, camera, or whatever else has peaked our interests, but when was the newest SO much better than the model before? I have a friend who told me she upgraded and sold her most beloved camera to upgrade to do so and ever since then photography just hasn’t been the same for her. No she doesn’t have the same love with the new camera as she did with her old one. Cameras are like a good pair of shoes, once you find ones you love nothing else can compare.