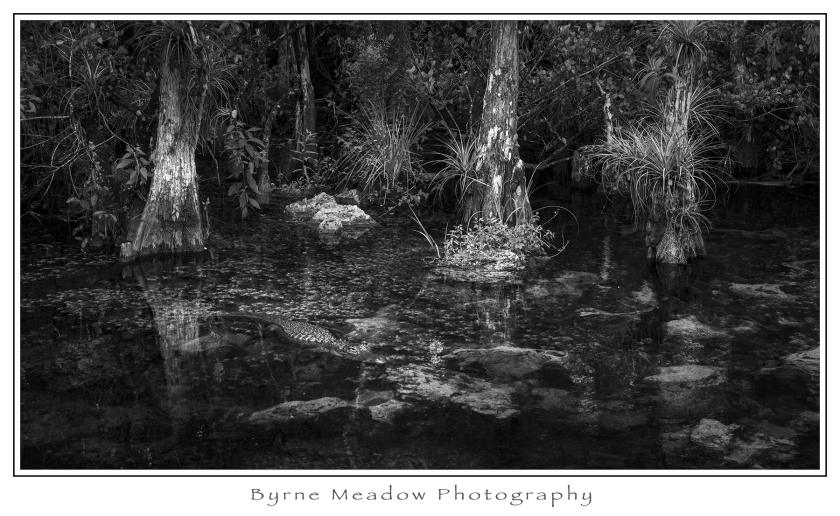 As I was researching this trip to Florida I came across a photographer named Clyde Butcher. I had never heard of Clyde Butcher until I found his photographs online while searching for images of Florida. Clyde Butcher is known as the modern day Ansel Adams, and he primarily shoots in Big Cypress National Preserve. His work inspired me to learn about Big Cypress and want to make a day trip while I was there.

I looked at hundreds of photographs from this area, watched numerous Youtube videos from people who have been there so I could give myself a crash course on this amazing place. I asked my wife if she would like to travel there with me and at first she was reluctant, but she decided to go with me since she didn’t feel like sitting around the beach cottage by herself. The ride there wasn’t too bad, although I began to wonder if I was actually on the right road since I never saw any signs for the Preserve until I entered it.

We stopped at the first Ranger Station to get some information and to verify that we could drive the Loop Trail. The ranger told us it was right up the road just before we hit the second Ranger Station, and wouldn’t you know that the Loop Trail was marked as well as the park itself. Yep, we found the second Ranger Station and had to drive back a couple of miles to the only other road was. During the first part of the trip my wife was wondering what I had found SO interesting about this place, and I admit so was I because I had not seen the first Cypress tree nor had I see anyplace that I could even see the swamp through the dense overgrowth of shrubbery and forest. Then we came up to our first “bridge”, which was nothing more than a clearing with a drainpipe under the road. BUT! it did give me my first view of the Cypress trees. My wife was happy for me that I actually got a photograph of a Cypress and my excitement carried over to her and she encouraged me to continue onward. Not much farther in we came across another bridge and I was super excited because this offered a wonderful view of Cypress grove, and that when my wife shouted out… “GATOR”! She had spotted a alligator sitting on a log up past where my attention was focused. I quickly hurried back to the car to change lenses to my 70-200 and wished I had packed my teleconverter, but I still managed a nice shot. 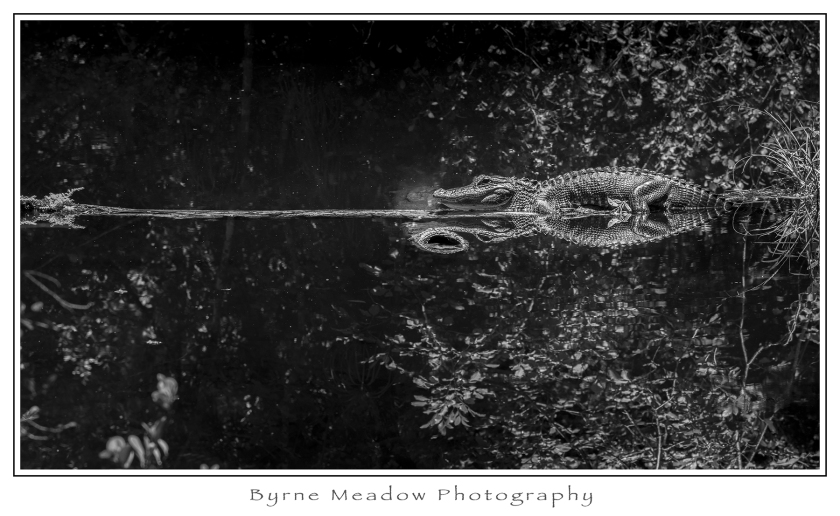 He sat there sunning himself for a bit as I went about focussing my attention back to the Cypress trees. I must admit I did get a little nervous when I looked back and he disappeared, which squashed ANY thoughts I had of wading into the water for a “better composition”.

We drove the (I believe) 24 mile loop while stopping for photographs along the way. The first 12-14 miles the road is dirt and gravel, but then it goes to a good pavement. At the end we did stop in the Clyde Butcher Gallery at Big Cypress because I had to see his work the way it was meant to be seen… and that is LARGE. Some of his prints are WALL SIZE!! It was amazing!!

I only had a few hours in this magical place, but I plan on returning one day and doing it the way I should be done, going through it by boat. Here are a few other shots that I managed on my visit to Big Cypress. 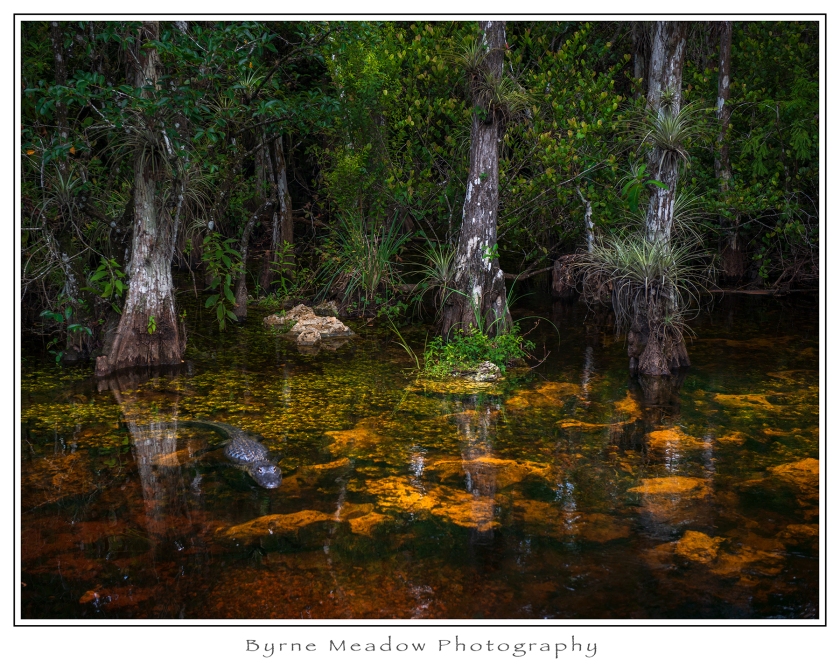 The water there is SO clear that it looks like you’re looking into a fish tank. I loved the color of the rocks inside the water. 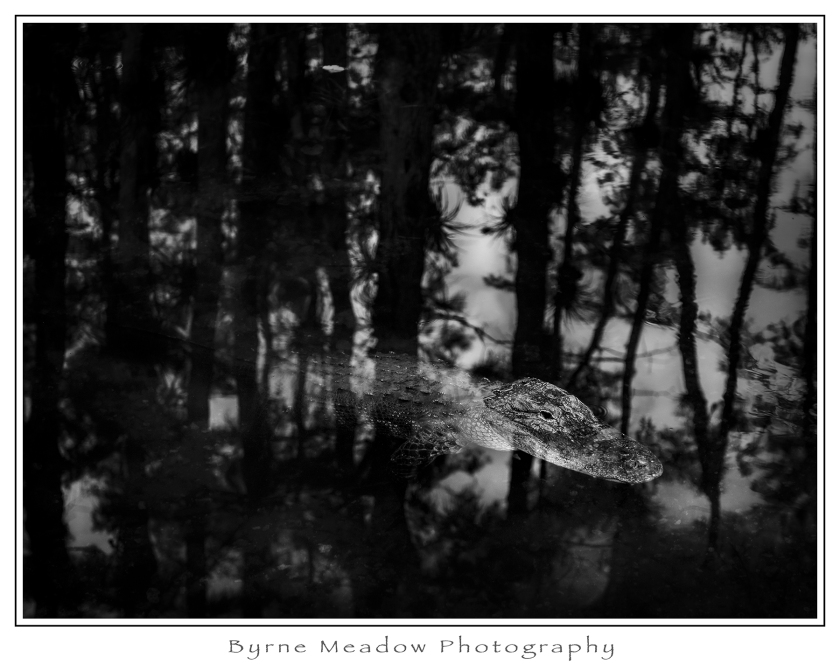 This shot is a personal favorite of mine. When I pressed the shutter I was thinking of this being a monochromatic image, but I didn’t expect this. I love how the blacks in the reflections just suck you in, then once there your eyes notice the gator laying in wait for you.